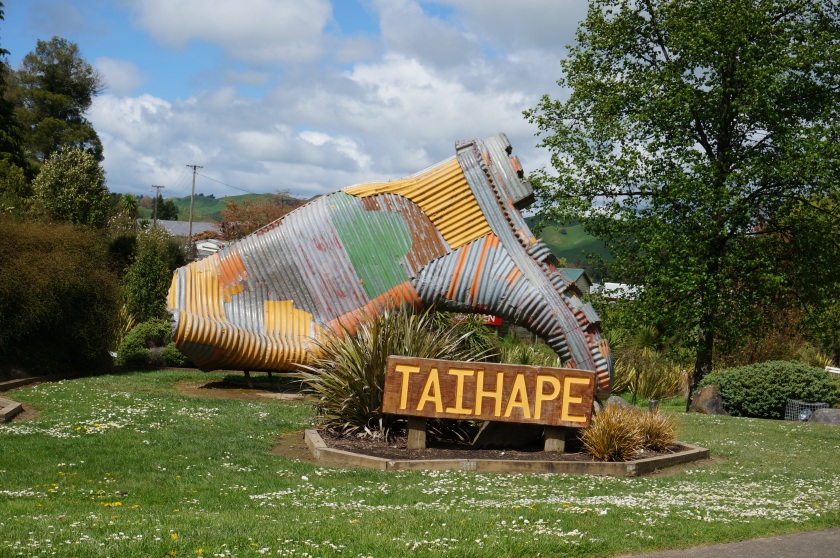 Driving through Taihape for the first time is an odd and surreal experience if you’re new to New Zealand. If you’re driving South, you’ll pass by a Taihape city sign in front of a huge sculpture of a gumboot. And if you’re driving North, you’ll pass by a Taihape city sign that says “Taihape Welcomes You” with a grey gumboot in the background. Gumboots are what I would call rubber boots, rain boots or galoshes. Here in New Zealand they are called gumboots or sometimes simply rubbers. In England and some other countries they are called Wellingtons. I’d argue they are the 2nd most common footwear in New Zealand, following behind jandals (flip flops).

The little town of Taihape (pronounced like “tie happy”) has about 1,500 people.  And it has made a name for itself as the Gumboot Capital of the World. It hosts the annual Gumboot Throwing Competition which occurs on Gumboot Day – the Tuesday after Easter. The main attraction of the day is a competition to see who can through a gumboot the farthest but there are also best-dressed gumboot and other gumboot games. If gumboots aren’t for you, have no fear — there is also a dog barking competition, straw-bale stacking competition, sack racing, egg throwing, gymnastics displays, and a homebrew competition.

I did a little research on the history of the games in Taihape out of curiosity. The town basically created the gumboot thing to help get traffic on the highway to stop in Taihape when their economy took a downturn in 1985. They picked the date around Easter because that’s the busiest traffic day of the year. The idea of gumboot throwing wasn’t an original one – shockingly there is a long history of “Wellie Wangling” that dates back to the 18th century in Britain!

There’s a fun video that some guys created here that shows some of the rules of the competition and throwing techniques. You have to use an un-altered boot, it has to be a size 8 men’s, etc. 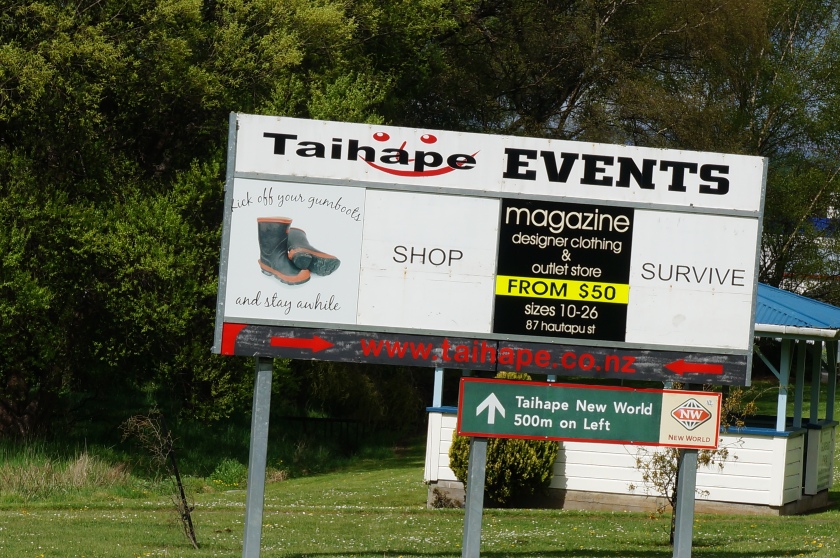 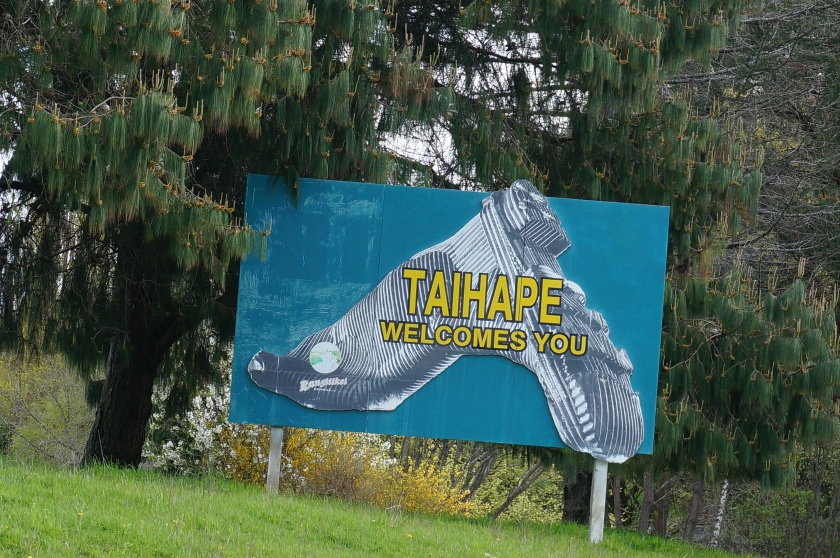