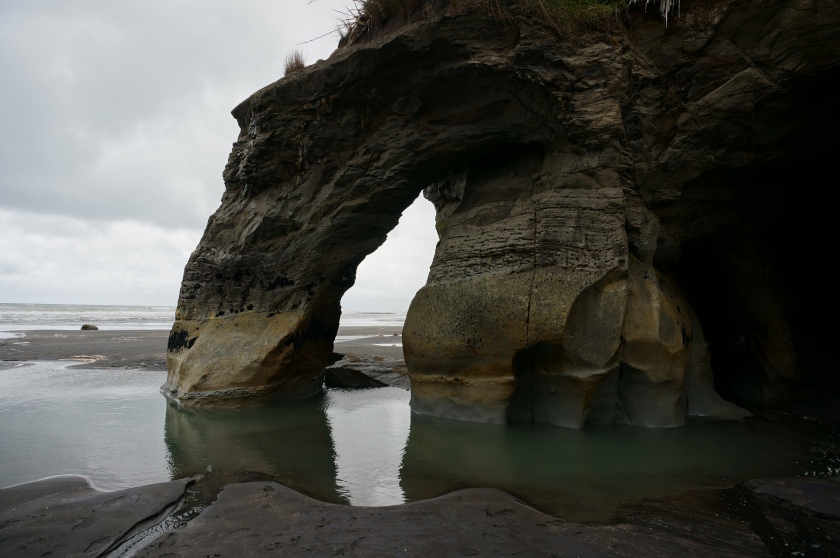 We were driving through Taranaki yesterday and looking for a place to stop and stretch our legs – my partner suggested a place called the Three Sisters. Robert had been there before but it was many years ago so we decided to check it out.

The Three Sisters is a rock formation on the beach on State Highway 3 near Tongaporutu. You can get a nice view of it from your car from Pilot Road from what I’ve read but if you have time and the tide is right then you can walk alongside the river and explore the formations up close. You can only do this at low tide though so plan accordingly.

There are signs posted to show you the way but you can also pull it up on CamperMate quite easily. We pulled into the parking lot for the ‘trail’ and were surprised to find 15-20 cars already there. Highway 3 is pretty quiet most of the time so this seemed unusual but it is the Christmas break so most people are out camping and exploring. They have a single toilet with running water and two changing rooms which was also surprising. After a quick pit-stop we followed the small trail of people walking down the beach. 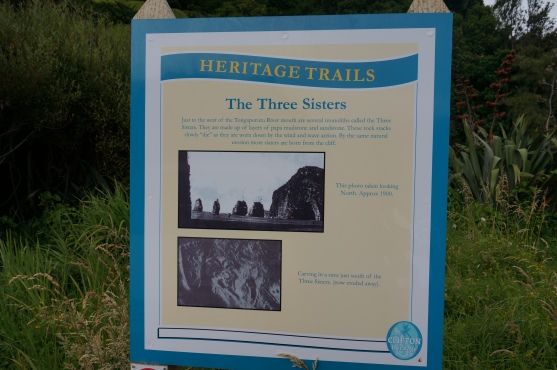 Trail head for the Three Sisters

Only accessible at low tide! 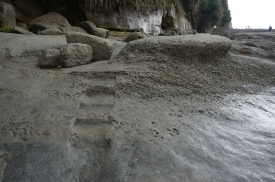 Slight trail cut into the rocks

You walk along the sandy shore for a bit and then across some rather slippery rocks – someone carved some rudimentary stairs in the rocks along some parts but it is slippery. I was wearing flip flops (jandals) and took them off some of the time. Water shoes would have been smarter because they would have handled both the rocks and the sand. After going over the rocks (not hard walking, just slippery) you get to a sandy stretch that then leads you to the rock formations.

The Elephant formation is on the far side of the first rock you come to – it’s a huge rock that is more of an island really with grass growing on the top of it. There’s a bit of a cave on one side and we poked our heads into it to discover you can see out the other side! You could probably walk from one side to the other through the cave but we didn’t try since we didn’t have the right shoes. When the tide is in the rock is surrounded by water but I read afterward that there are some carvings inside the cave that are still visible but are wearing away over time. The Elephant didn’t exactly look like an elephant to me but it was cool. 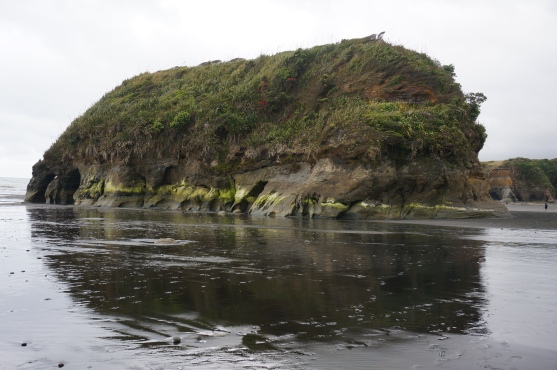 The first ‘rock’ — the elephant is on this one

Archway through the big rock 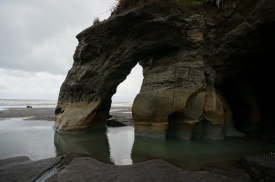 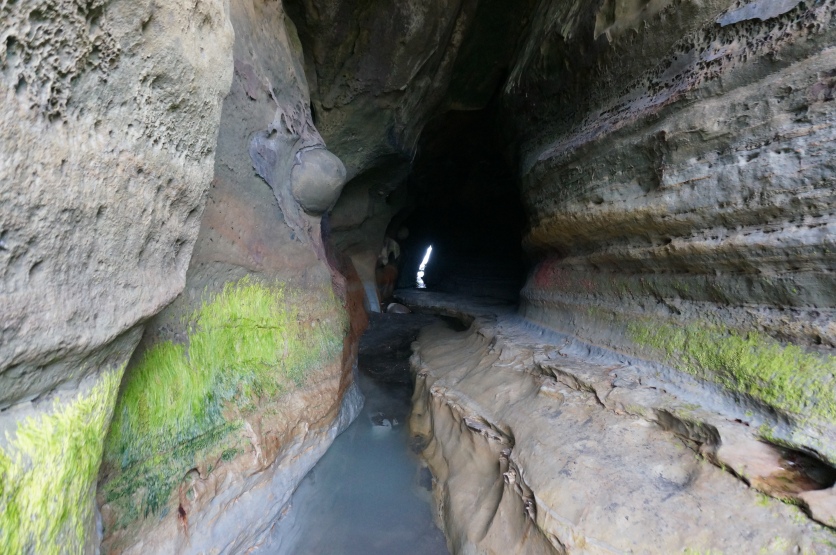 Past that rock you’ll see an archway and then two rock towers that make up the three sisters. There was a fourth sister at one point but the ocean reclaimed her. There are birds nesting on the grass area on top of one of the sisters and you can walk through the archway and along the beach. There are also lots of little hidden caves along the land side to explore. 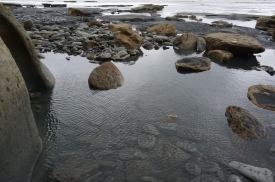 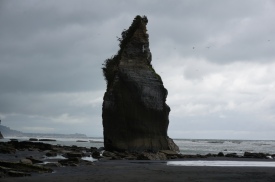 One of the Three Sisters

I really love the patterns in the rocks and the way you can see years and years of history in the different patterns. It’s just a matter of time I’m sure before the ocean takes back all of the sisters but until then it is a great place to visit.

Note: You can Google tide information but I have an app on my phone from Navionics that shows me tide and weather information for Australia and New Zealand. It isn’t the greatest for our use since it was made for boaters and I usually just want tide info but it is still handy to have and you can download maps for use when you don’t have internet connection. I have another app called AyeTides that I can use for NZ – it is more basic but easier to use for just tide tracking and you can easily store your favorite stations.