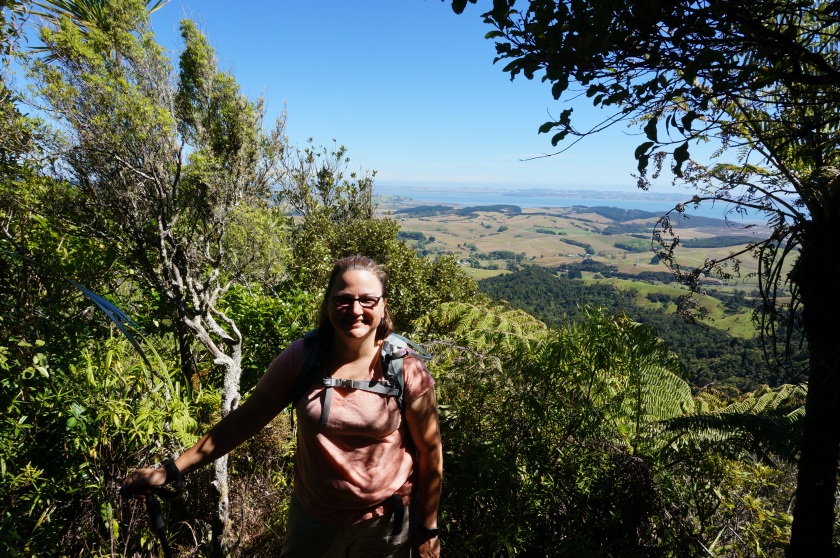 My partner and I joined the Fitbit craze a few months ago and have been trying to get in our 10,000 steps a day. And since we’ve gotten a bit bored with walking through the streets of the Auckland CBD, we’ve been looking for walking trails near town. Last weekend we tried the Mt. Auckland Walkway, about 70 kilometers away.

Getting there is easy, you just head North on Highway 16 – you’ll see a sign for the Mt. Auckland Walkway and an arrow pointing you to the Glorit-Kaipara Hills Rd. The road itself is a sight to see as it drives through farmland and forest with several bird species flitting through the trees. You’ll eventually come upon a carpark and see a gate and signpost for the Mt. Auckland Walkway. 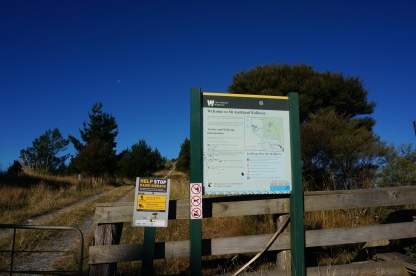 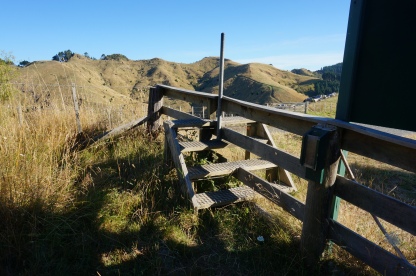 New Zealand has some of the best kept hiking (tramping) trails I’ve seen. And the diversity of the trails is just great. The Mt. Auckland walkway starts off following an old logging trail with amazing views of the Kaipara Harbour (one of the largest harbours in the world) before entering a forest with kauri, rimu and puriri trees – eventually ending at the summit of Mt. Auckland and a wooden platform with a short staircase to the top that once gave you a 360 degree view of the area. The trees on one side of the platform have grown up now though so the view is more like a 270 degree view now.

The reviews say that it takes about an hour and a half to get from the Glorit-Kapara Hills trailhead to the summit but that’s likely only for people who are in way better shape than we are. It took us about 2 hours minus a pitstop we took for a snack along the way. You could continue on past the summit to the other trail entrance (also off of Highway 16) if you want – the other side of the trail is supposed to be a lot steeper.

The trail starts off by stepping over the fence on a stile and then a lovely uphill walk on a gravel road to a red barn and a toilet. We were surprised that there was a toilet there as it wasn’t marked on the trailhead. It’s really primitive but pretty good for the middle of nowhere. From there, you walk along a logging road for 15-20 minutes – the logging road is tough on your feet. The cows have churned up the ground and it is bumpy and hard but off to the right overlooks the Kaipara Harbour so you won’t mind. 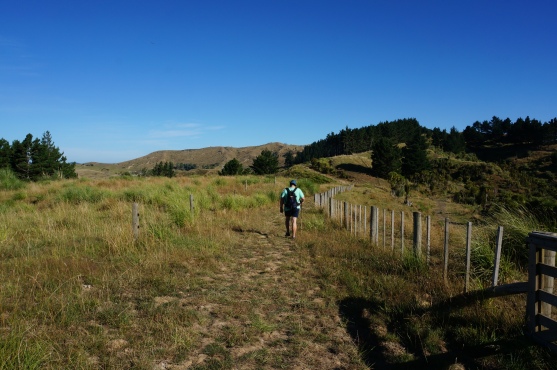 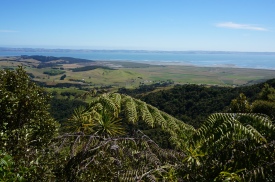 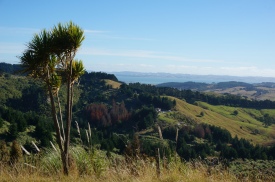 At the end of the logging road is a very steep grassy section right next to a gate. This is the only part of the trail that isn’t clearly marked – it looks too steep to actually be the trail but there was an orange arrow a bit further pack pointing that way so we took it. We ran into a trio of young Irish guys on the trail later who had the same thought we did and went through the gate rather than up the hill and had to backtrack.

The trail is rated as an advanced tramping track which means it is not suitable for people without some tramping experience. For the most part, we felt that people of normal activity (like us) wouldn’t have any issue walking it. But there were a few sections where we were really glad we had walking sticks with us . Without them, that steep section would have been challenging. The next part of the trail is still steep but more what you would expect – there’s a little wash hut just before you enter the forest with a water container and a place to scrub your shoes so you don’t spread diseases that can kill the Kauri.

For the rest of the trail, you wind through forest – lots of ups and downs but mostly heading up toward the summit. As you get closer to the end, there are a few peek-a-boo views through the trees. You’ll walk over tree roots and need to avoid the flax as it likes to wrap itself around your ankles sometimes. The last bit toward the summit has some steeper sections and the trail gets narrower and narrower toward the end. 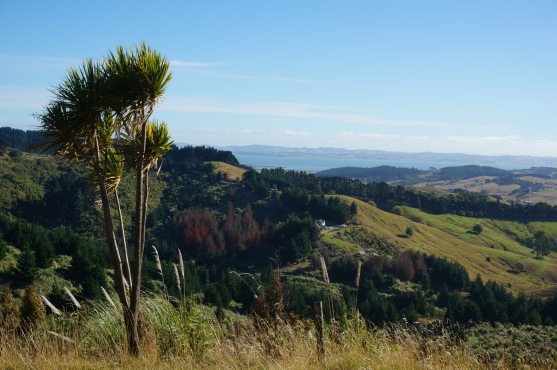 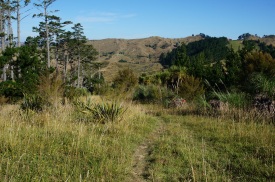 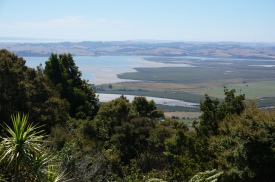 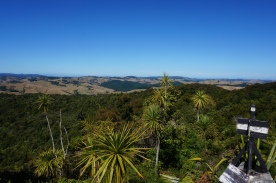 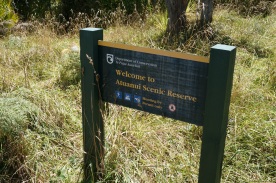 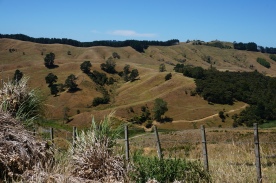 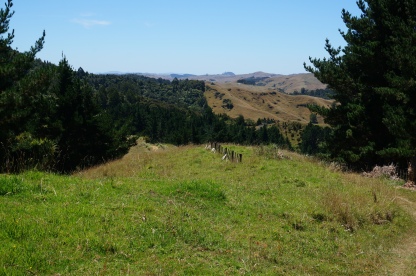 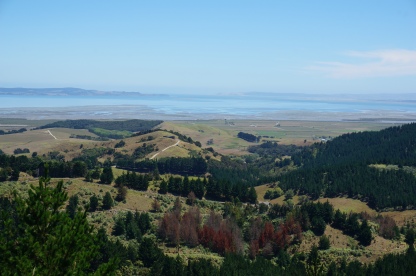