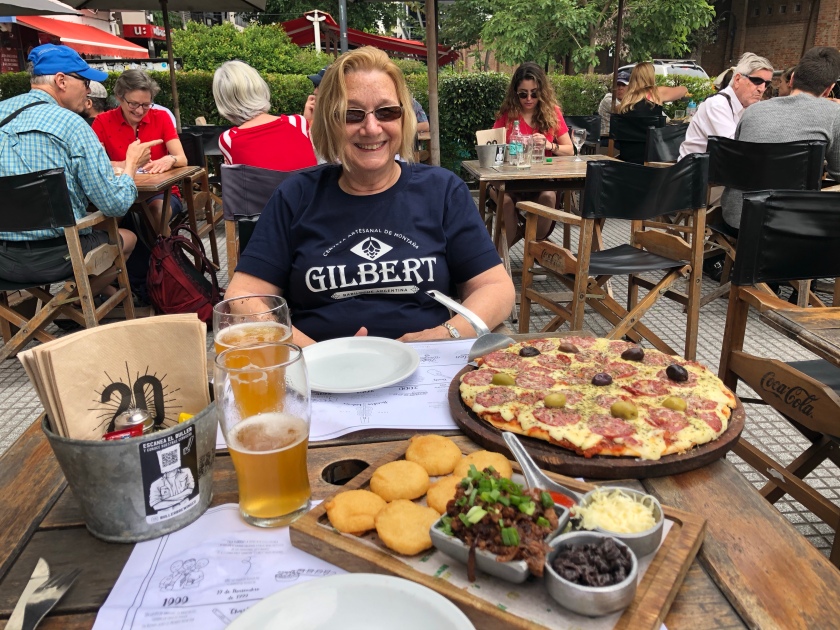 The focus of this trip is Patagonia and Antarctica, but we spent a day and a half in Buenos Aires and were able to take in a small sample of the city. Our guide says the larger Buenos Aires area has about 20 million people, and most of them live outside the main part of the city and commute in. You could see this in full force as we arrived on Friday and the city was hot and muggy and bustling with people and traffic.

It was about 88 degrees on Friday and I spent much of my young adult life in Texas so I should be used to it, but Texas is more of a dry heat while Buenos Aires is very humid. So we found ourselves walking from shaded area to shaded area and disappearing into our hotel room an hour before dinner to clean up.

We had an ‘early’ steak dinner Friday night. Early as the reservation was for 7:30 pm but most Argentinians eat very late. It is common here for dinner to be served at 10 pm. The restaurant wasn’t crowded at all when we arrived but by the time we left it was full on. We had a very traditional Argentinian meal with an empanada for an appetizer and steak for dinner. Argentina is a steak-lovers paradise — steak is the main focus of the meal and you’ll literally see people with a piece of steak on their plate and nothing else. The french fries (called chips here like in England) and salad are served family style to accompany the steak but they almost seem an afterthought. 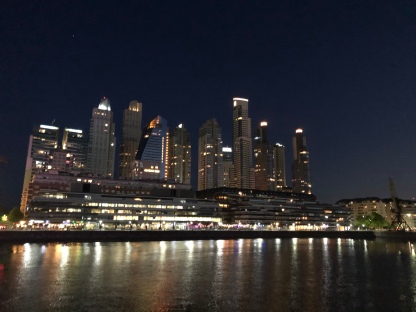 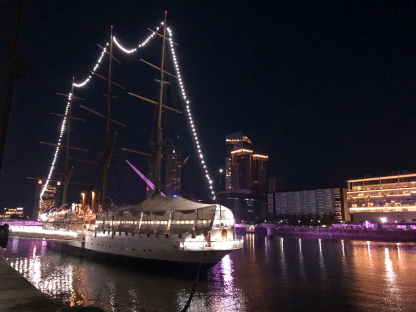 Saturday we hit the town early for a guided tour and were very surprised to see how empty the city was. The hustle and bustle we saw on Friday was gone and the streets seemed almost empty. And the temperature was a lot easier to deal with — it rained Saturday morning which made the tour more difficult but it also cooled things off which was a welcome relief.

We drove around several sites in the city and were able to see the changing of the guard at the palace before heading to a quaint neighborhood called La Boca. La Boca looks like what you think Cuba would look like (I haven’t yet been to Cuba so not positive) — lots of colorful buildings and very Bohemian. We were treated to a short tango dance and lesson in La Boca and introduced to the bandoneon. I hadn’t ever seen one up close and was just amazed at the sound of it. It’s a very hard instrument to learn as the air going out makes a different sound than the air going in and the woman playing it said that the keys are somewhat random. But it is hauntingly beautiful and a tango wouldn’t be the same without it. 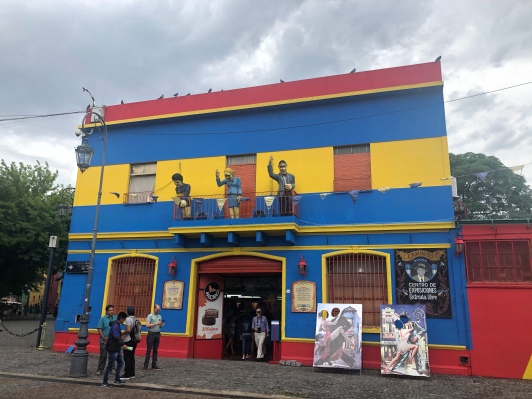 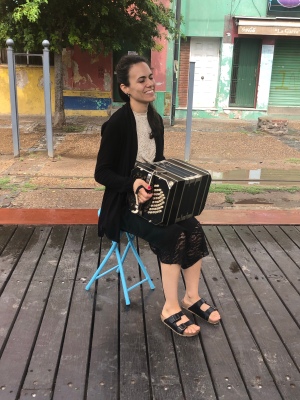 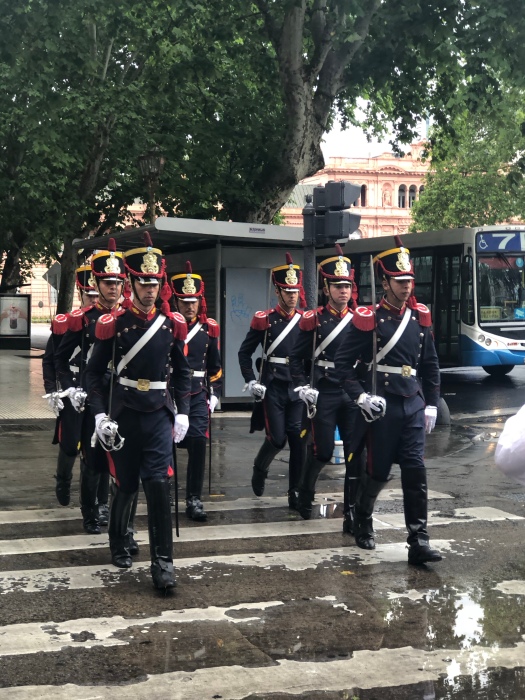 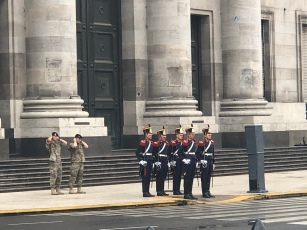 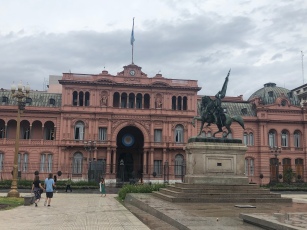 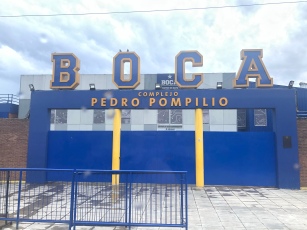 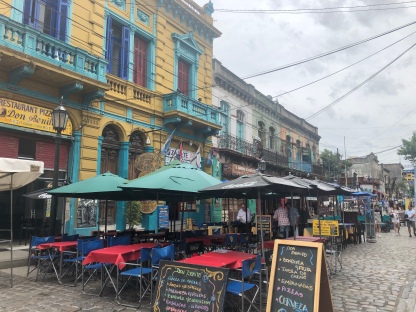 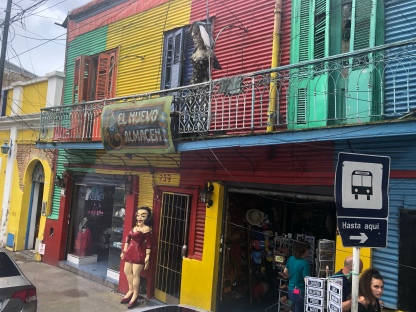 After La Boca we headed to La Recoleta Cemetery. La Recoleta is a private cemetery and not at all cheap — our guides told us some interesting stories about what happens when the owners don’t pay the yearly fees but I’m not sure how much of that is true. It reminded us a bit of the cemeteries in New Orleans as they are above-ground mausoleums and very ornate. It is definitely worth a visit and is the site where Eva Peron’s grave can be found. 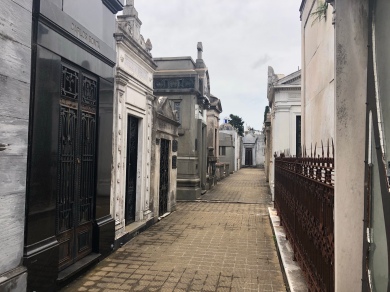 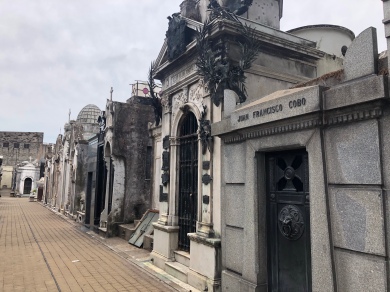 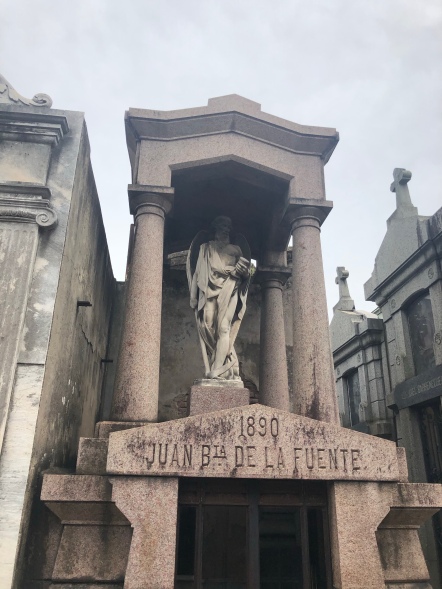 We were lucky and Saturday is market day outside of La Recoleta so we spent an hour or two walking around the market stalls for local handicrafts before treating ourselves to a tango dinner show by El Aljibe. The show had a great mix of tango, singing, music, etc. and this show starts earlier than many of the other shows so that those of us who aren’t used to dining so late can enjoy it. The dinner was good and the pisco sour was yum but the house wine (a bottle comes with your dinner) wasn’t impressive to me!