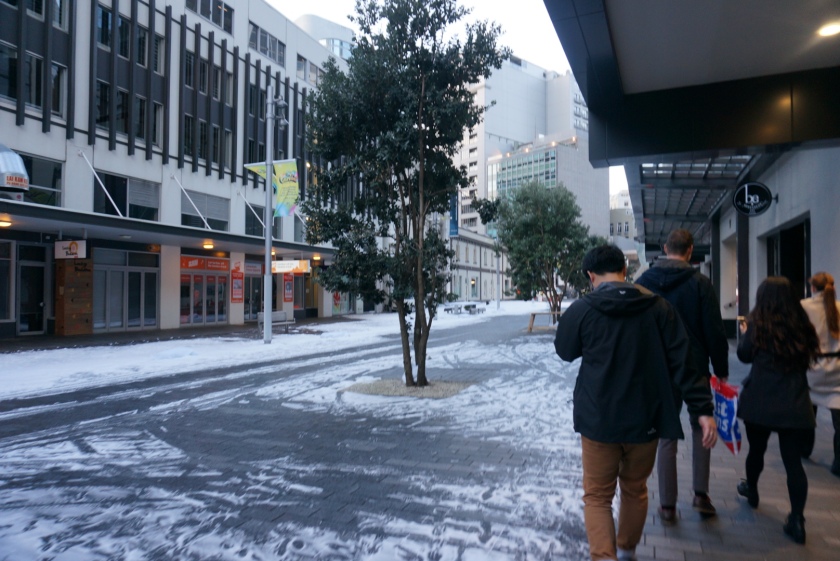 It might snow in Auckland, but I’ve never seen it. At least not until today — we were walking home from the movies and thought we saw snow on the street. And the closer we got, the more it looked like snow. My partner and I were very confused because I was wearing a light jacket and the sun was shining. And then we got closer and saw a snow machine and started laughing.

We’ll have to watch the news for a bit because apparently a movie is being filmed on Fort Street and they have set a nice winter scene with fake snow and a snow machine. We asked the guys guarding the street what the movie was but got a cheeky kiwi who said something about Rush Hour 4 and Jackie Chan but we don’t think he was serious :-).

The Auckland area is called the winter-less North because it doesn’t get that cold here. I walk to work every day and sometimes I have to wear gloves and I’ve had the occasional day where I needed a winter coat, but they are rare and this winter (so far) is even warmer than the first winter I was here. It does get cold further South though and I’m looking forward to heading that way in the winter and seeing some real snow!