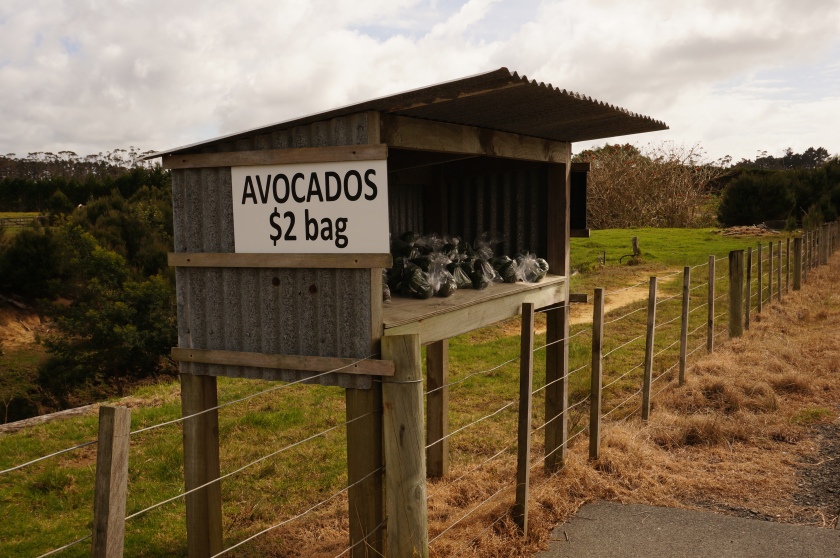 The Northland Region in New Zealand is often referred to as the ‘Winterless North’ – it is the farthest north of the 16 NZ regions and the warmest. You could call it the People-less North as well since it’s not a widely populated part of the country. It has 168,300 people all up with 55,000 of them living in the largest city in the region (Whangarei). Kerikeri is the second largest with just 7,000 people and the towns get smaller from there pretty quickly.

Northland is the European starting point for modern New Zealand and Maori legend calls it the birthplace of the country. Being so warm means that you can grow things in Northland that don’t grow as well in the rest of the country – avocados, olives, citrus and lots of kumara. We stopped at one of the un-manned stands and bought some avocado on our trip. They have a case that you drop your coins into and you pick what avocados you want and off you go. We made guacamole out of them a few days later and it was yum. 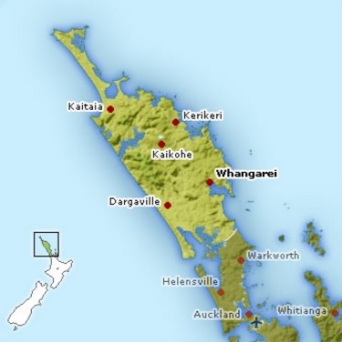 I’ve only been to Northland once so far but I’m in love! Conveniences are few and far between but the town of Kaitaia is bigger than you would think and has restaurants and even a few fast food places. There is a lot to do in the region including: