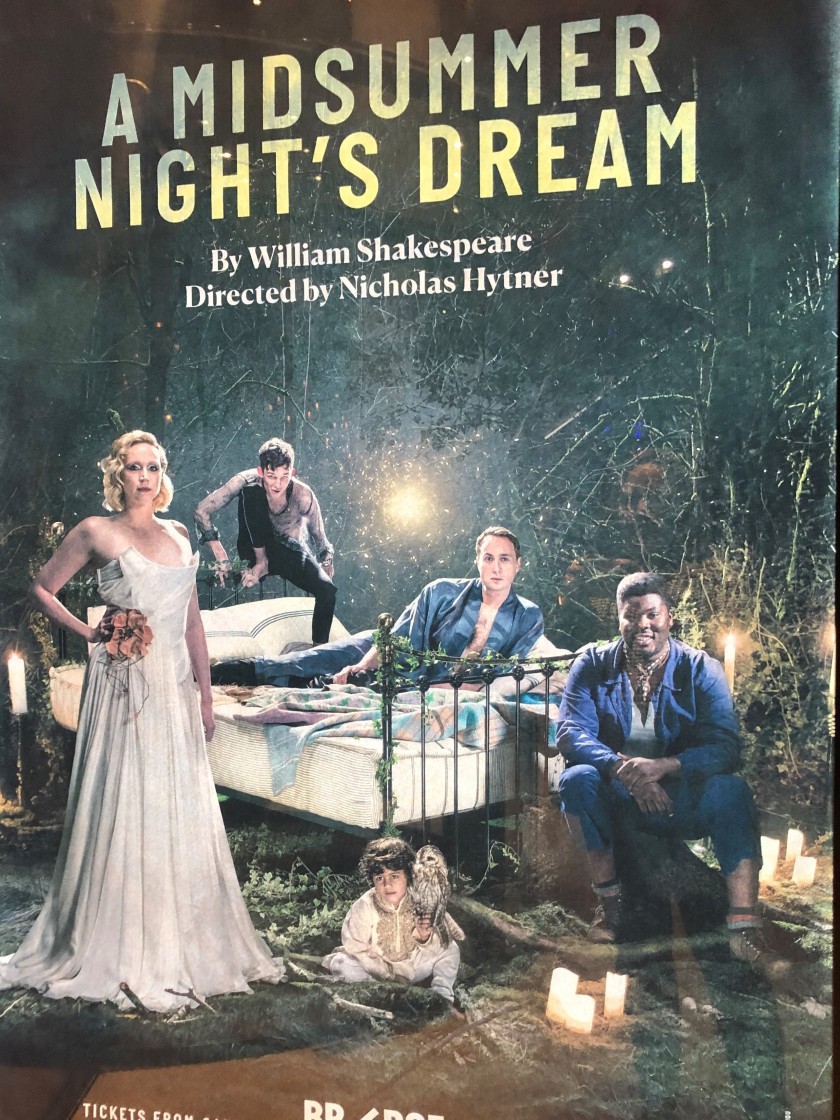 The London theater scene is amazing. I expected to have a lot of options when I moved here, but the sheer scale and diversity is a bit overwhelming — you could literally see a different show every day of the year without repeating yourself.  We have a lot of theater options too — analysis done in 2013 showed that there were 230 professional theaters in London with a combined seating of 100,000 people!

When you take the tube, you often find yourself on an escalator or hallway passing by advertising posters for the theaters. It was in one such advertisement that I first noticed Gwendoline Christie. If you don’t recognize the name, Gwendoline plays Brienne of Tarth on Game of Thrones. But the tube advertisement was for a theater production of A Midsummer Night’s Dream and in the advertisement Gwendoline was wearing a strapless gown — it took me a few seconds to figure out why she looked so familiar because it was quite different from Lady Brienne’s usual garb :-).

I love Game of Thrones and I love Shakespeare so of course I had to get tickets! A friend of mine introduced me to an app for London Theater — TodayTix. If you are looking for discount tickets it is a good way to go. We wound up paying mostly full price for A Midsummer Night’s Dream because we were being picky about seats, but I have used TodayTix in the past and had good success with it.

The show is playing at the Bridge Theater which in itself is something to see. Most theaters in London are old but the Bridge was just built in October 2017 — it’s the first wholly new theatre of scale to be added to London’s commercial theatre sector in 80 years!! That also means that it’s a more pleasant experience in the peak of the summer than the older ones — they can get hot and stuffy on warm and humid days.

But unlike many of the theaters in London, you won’t get the urge to whip out the camera and start taking pictures of the theater. It’s built more for function than form and is designed for more contemporary audiences. For this show, the function was phenomenal. Tickets were sold to about 100 people to stand on the main floor during the performance — they were immersed in the show and the settings changed around them — with stage hands directing them where to go as the play evolved so that they wouldn’t get in the way. I didn’t really want to stand for 2+ hours so we got seats, but it did look pretty cool to be down there.

The show itself was really well done. The stage sets and props integrated beautifully into the standing audience and actors — with furniture appearing through the floor and suspended up to the ceiling quietly and fluidly as the play progressed. The fairies were aerial artists and climbed around the set or suspended from cloth hanging from the ceiling — it gave the show an element of cirque that fit right in. And there were some interesting modern twists such as well — I won’t spoil it for those who want to go see the show but they had some fun with gender identities.

Gwendoline Christie plays both Titania and Hippolyta in the show. And she was good. But in my opinion Puck stole the show. Puck was played by David Moorst. David actually spent 3 months at a circus school in London learning aerial acrobatics to prepare for the part. His acting was spot on, his acrobatics were well done, but he also had an eye for timing and audience interaction (remember the audience was standing around him during the show) that was just impeccable. I’ll be keeping an eye out for his next role as I’m a definite fan now.

The show ends at the end of August, so get your tickets soon! 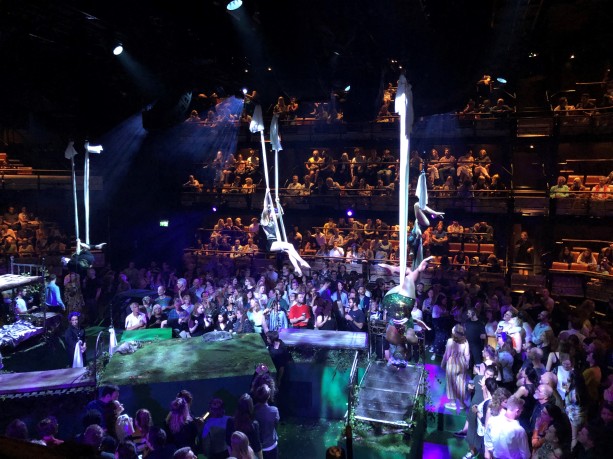